Two weeks ago I helped at the Miss Illinois Pageant with the Miss America Organization. It was a week filled with fun and the responsibilities of a chaperon. I was extremely fortunate to be with a wonderful group of teen girls. While you might be thinking I’m exaggerating, no seriously! They were really well behaved, grounded girls. Yes it was a pageant so your going to have some drama, but that usually comes from the moms 🙂.

After I was ask, I considered it for a few months and decided that I would go just for the experience. I have been having a few younger girls ask me to help them prepare for a pageant and I honestly don’t know what they look for in the pre-teen and teen division. So hubby and I … okay mostly me… figured why not! We don’t have kids or anything holding me back, this is probably my only opportunity to get away for … I don’t know, maybe the next 15 years… considering when I would actually be willing to leave a bunch of kids at home for a week with their father… I can’t speak from experience but I assume it will be awhile!

So here I was at Miss Illinois, doing my makeup every morning and putting my hair back in something other than a ponytail. I actually started to miss my spandex and cutoffs. Dress up clothes are just not as comfortable! I even wore heels every night just because I could! It was great! I felt alive again! I felt ME again… but the reality is that I started to consider that the “me” I once knew has changed.

While I still LOVE dressing up and being around other girls to talk “girl talk” with (even though I really don’t understand “girl talk” true to it’s form, but at this point, anything other than “farm talk” is considered “girl talk” to me) I started to consider what got me there. What paid for my new dress and flashy new wardrobe. It all comes back to the farm. Those long hours of sweat and dirt has paid for, basically everything. I grew up on a tight budget, paid my butt through college on a tight budget, graduated debt free only to be hit with adult realities that life is expensive, so I continued to live on a tight budget. Only when I began to farm with my husband did I not think twice about getting that shirt that caught my eye, or a new pair of sandals, heck two new pair because I couldn’t decide! Hubby has treated me very well in that aspect. However, money can’t buy you happiness, it has been a struggle to balance his expectations and mine. I’m not a total conformist and he’s not about to lower his ideals. But after almost two years of working together and seeing each other literally 24/7 we have found a happy medium. At least a middle ground we can both agree on. With this lifestyle there is a heavy price to pay to make it work. But doesn’t any lifestyle have a price? Doesn’t every decision you make have consequences?

If I had a “normal” job I would literally never see my husband. Half of my income would be going to travel because we live out in the boonies, and I can’t imagine I would feel fulfilled. When I did work away from the home I used to wish I could see my husband more, I was exhausted all the time (I’m sure it’s hard to imagine, but yes I was more exhausted even before I was introduced to “planting” and “harvest” and “calving” seasons) I wished I had holidays and more time to spend with others. It’s still hard to work out time with the girl friends, but at least I have more flexibility than with any other job. I can afford to take a week off and not even have to think about vacation time.

I think this all hit me on my drive home as I was remembering a conversation with some of the girls. They were talking about how much they valued their families taking the time off work to come and watch them compete. These girls were not being rude, proud or even stuck up. They were simply reflecting on how appreciative they were for the sacrifice of their parents. It is not cheap to go support someone at Miss Illinois, though the memories you will treasure for a lifetime.  Not every parent was able to make the trip and watch their daughter compete. As I sat and thought about this, all their comments running back through my mind, it hit me that my family has always had flexibility because of the farm. Yes we work long, hard hours, but that sweat and blood has also allowed my brothers and I to see the world, pursue anything we have set our mind to, and paid all our bills along the way. Unfortunately money drives everything. It is also the root of all evil. Families, even marriages get shoved to the side as the priority for more money sets in. But again, every decision has a price and somewhere along the lines you have to make sacrifices. I guess it just sort of hit me how my biggest sacrifice in leaving my other job to farm with my husband has also been my biggest blessing in the flexibility, time and less worry that God has provided us through the farm.

Stay in the Action!

The kids wanted to try their luck at some homemade lemonade! It was a big hit! I think this will be a regular occurrence at our house 😉
Weekend fun!
May we love the life we live and live the life we love…. No one has ever said farming was easy. If they did they crazy! Farming is more than just the job. It’s a lifestyle. It’s a lifestyle we would choose again and again. Now that planting is over we dive into the next season and get started on the next list of jobs that need done- may we always remember ones we do this for and the One who gave us these incredible blessings 🙏🏻
🥰 9 years ago this guy asked me to marry him 🥰
Did you catch our NEW VIDEO!!! Now up on YouTube. Copy and paste the link: https://youtu.be/YuR1QDxxGxc
Farm life is the BEST life! We are enjoying our winter wonderland and slipping in some sledding after chores. How much snow have you gotten this winter?!! #farmkids #farmtographermagazine #farmlife 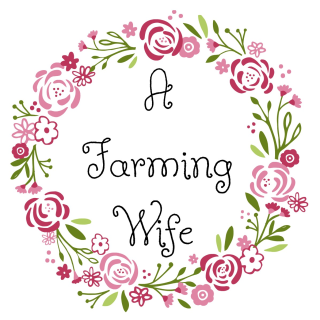 The worst feeling in the world is that you are alone in your struggles. I'm here to tell you sister, you are SO not alone. It's hard, its frustrating, but being a mom and a farm wife can also be the most rewarding thing you ever take on. Join me in my journey and lets stick together through life's challenging moments.